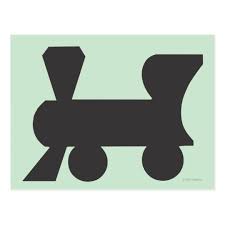 After spending plenty of money on investment in the last 10-plus years, the nation’s class 1 railroads are basically standing still.

That was the sobering view presented by John Schmitter, a former railroad executive who now heads his own consultancy, KEP LLC. Addressing the 2018 FTR Transportation Conference in Indiana, his subject’s title–“How Technology will Change Rail Economics”–reviewed how technology has made those changes, and yet has provided little shift in overall network velocity and essentially no increase in capacity since 2005.

All of that came to a head last year, Schmitter noted, with the rapid deterioration of rail service, a downward shift severe enough to have the Surface Transportation Board put the class 1 railroads under review.

With the failure to invest in more capacity, Schmitter said, “there’s not much system resiliency or flexibility on most railroads. Rapid unexpected volume increases have and will result in congestion and service deterioration that can last months.” And that’s what happened in 2017, running into 2018.

If there’s a culprit in all this, Schmitter said, it’s the investment community. “If the railroads invested in too much capacity, Wall Street would kill them,” Schmitter said. The lack of resiliency in the system, Schmitter said, “is a management a decision.”

“A few railroads invested more than half their operating cash flow back into the systems,” according to Schmitter, “but if it gets out of line and Wall Street finds they overinvested in capacity, they’ll find some new management.”

And when spending is undertaken to make needed fixes, it’s too late. “The investments that are being made now are being done to handle the volume that showed up in 2017,” he said.

Citing the weather for the 2017-2018 is misplaced, Schmitter said. “The reason was rapid unexpected increases in volumes, because the system by design is capacity constrained.”

Schmitter asked the meeting’s attendees in the room how many of them were rail customers, and how many had suffered disruptions during the recent disturbance. Of the hands that went up the first time, most of them stayed up when the second question was asked. But when Schmitter asked how many had changed carriers or moved that business over to trucks, virtually all hands went down. “So there’s no penalty,” Schmitter said.

Schmitter noted that the class 1 railroad competitive market basically boiled down to–though he did not mention the companies by name–BNSF vs. Union Pacific (NYSE: UNP) in the West, CSX (NYSE: CSX) vs. Norfolk Southern (NYSE: NSC) in the east, with Canadian Pacific (NYSE: CP) and Canadian National (NYSE: CNI) in Canada with their systems extending into the U.S. (He did not mention Kansas City Southern (NYSE: KSC), but they view themselves as the “NAFTA railroad” into Mexico.) With that minimal level of rail competition, most locations have only one option on the rails, with a duopoly at best. Asked if that situation inspires companies to innovate, Schmitter said he questioned “that it’s any one’s goal to be better than the other guy. It’s not really a competitive marketplace like you would experience in trucking.”

The lack of capacity is stopping railroads from aggressively grabbing freight from a driver- and capacity-squeezed trucking market. “They haven’t been able to take advantage of all the problems with trucking, and technology is not going to make it happen,” Schmitter said. “This is a management issue, a strategic issue and a cultural issue.” The goal, he said, needs to change company operations to ensure that “the shipments will be there when they are promised.”

The reduction in capacity combined with the rise in demand for that capacity means that on multiple occasions in recent years, traffic on the rails has approached capacity. “Capacity on class 1 railroads is now closely matched to projected volume,” Schmitter said. Echoing what he heard a rail CEO say about the capacity crunch, Schmitter exclaimed: “It’s five minutes to midnight.”

The lack of significant progress since 2005 is in stark contrast to the gains made between 1980 and that year. The start of that stretch, in 1980, is significant because it marks the year of the Staggers Act, which deregulated the U.S. rail industry. Not all of the gains in efficiency were because of technology, Schmitter said; some of it was just simply the abandonment of unnecessary capacity. But during that 25-year stretch, the productivity of employees and the network rose significantly, with volume up 84% while capacity has had no significant increase. The average freight per train is up 63%, according to Schmitter.

But now, Schmitter was mostly pessimistic: “I think things will get more efficient and safer, and there will be a good impact on the (operating ratio). But I don’t see technology providing more capacity or to do much more for service.”