The plan, Connecting the Southwest, includes more than 40 improvements and strategies across different travel modes, Transportation Minister Caroline Mulroney says in a message introducing the plan. 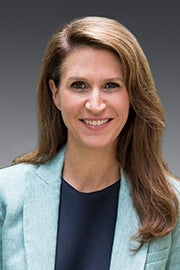 “This is a plan that will get people and goods moving. It includes a commitment to look at practical options for improvements to existing rail corridors and explores private-sector partnerships to optimize passenger and freight rail. It also includes improvements to the highway network and inter-community bus services, as well as undertaking an airport activity and infrastructure.”

More than $1.1 billion worth of goods travel on southwestern Ontario roads every day.

The province says it will work with towing and insurance industries and law enforcement to clear highways more quickly after a collision, with a focus on heavy vehicles.

Incorporated infrastructure improvements include a new overpass over Windsor’s Ojibway Parkway, connecting Hwy. 401 to a planned International Crossing Canada Customs inspection plaza. The province is also looking to expand truck parking at locations including the Cambridge North and South Onroute facilities, or potentially re-purposing a former inspection station on Hwy. 402 as a truck rest area near Sarnia.

Other infrastructure improvements include doubling the number of Hwy. 3 lanes between Essex and Leamington; a bypass around Morriston; upgrades to the south end of Hwy. 6 in Guelph; and widening Hwy. 401. from Regional Road 24 easterly to Townline Road in Cambridge. There are also plans including replacing the Grand River bridges on Hwy. 401 in Kitchener and Guelph; and building a new Hwy. 7 between Kitchener and Guelph.

Planning and design work will involve the widening of Hwy. 401 from London to Tilbury to six lanes, complete with a concrete median barrier.

Another initiative will look to raise awareness around human trafficking, using tools such as public awareness materials for the Canadian Human Trafficking Hotline.

“Once again the Ford Government has shown strong support for our sector,” said Ontario Trucking Association president Stephen Laskowski. “Our industry, and by extension, the province of Ontario will be more competitive through the execution of this effort.”

Other pre-announced measures included in the plan include an update to the Long-Combination Vehicle (LCV) program.

A related online survey is open until March 17.