MONTREAL, Que. – TFI International posted a strong third quarter, but Driver Inc., and trade wars have weighed on its growth.

In a conference call with analysts, chairman, president and CEO Alain Bedard railed against Driver Inc., an illegal pay structure in which company drivers are misclassified as owner-operators in order to skirt payroll deductions.

“This is really unfair competition to us and other companies that operate legally in Canada,” Bedard said. “It’s a big problem that’s been there for a long time, but it’s been growing like weeds.”

He called on the provincial and federal governments to crack down on these carriers. The prevalence of Driver Inc. is pushing down rates, Bedard said.

“Shippers like to use those guys because it’s cheaper for them. Our answer is, ‘This is completely unfair competition, Mr. Shipper. If you want to use these guys, go for it, but it’s maybe not going to last’,” he said.

While there has been pressure on rates in 2019, Bedard said there’s been more pressure on freight volumes. This is largely attributable to the trade war between the U.S. and China, and tariffs that were slapped against Canadian steel. Those had a negative impact on TFI International’s specialty truckload division.

“They disappeared a few months ago, but it takes a long time for the steel industry to get back on track,” Bedard said of the tariffs.

Volumes were also negatively affected by strikes at GM and Mack Trucks, where TFI ships steel and aluminum. But the biggest drag, said Bedard, is that corporate spending is on hold while businesses wait to see how the U.S./China trade war will play out.

High inventories through 2019 to date also weighed on van volumes, but those are being drawn down, pointing to a stronger 2020. However, Bedard said October has been slower than usual so far. He was hesitant to give any projections for 2020, noting the picture will become clearer in the next couple of months.

Asked if CN’s move further into the trucking segment poses a threat, Bedard welcomed the competition. 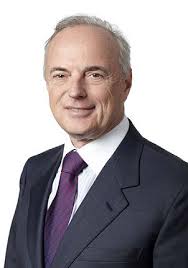 In fact, in the U.S. TFI has made acquisitions in the last mile space to eliminate some such competitors.

“The problem we have with last mile in the U.S., is we’re competing with a lot of guys who don’t like to make money, so we bought a few of them this year,” Bedard said.

With EBITDA dropping for many carriers, valuations are becoming more attractive for acquisitions. Bedard said the company continues to look for opportunities that are a good fit, in both the U.S. and Canada. But he emphasized the company will be selective when making deals.

“It’s easy to buy a company. But then you have to integrate it, manage it, improve it, and generate free cash flow. It takes time,” he said.

Bedard anticipates capacity will tighten, thanks to drastically reduced equipment orders and carrier bankruptcies. He said the industry added too much capacity during a strong 2018.

“It’s the stupidity of our market,” he said. Cracking down on Driver Inc. in Canada will also tighten capacity, Bedard added.

“The problem in Canada is, we are adding capacity with those Driver Inc. guys…We have pressure like we’ve never seen before with Driver Inc.,” he said, noting those companies save 15-20% on labor through the scheme.