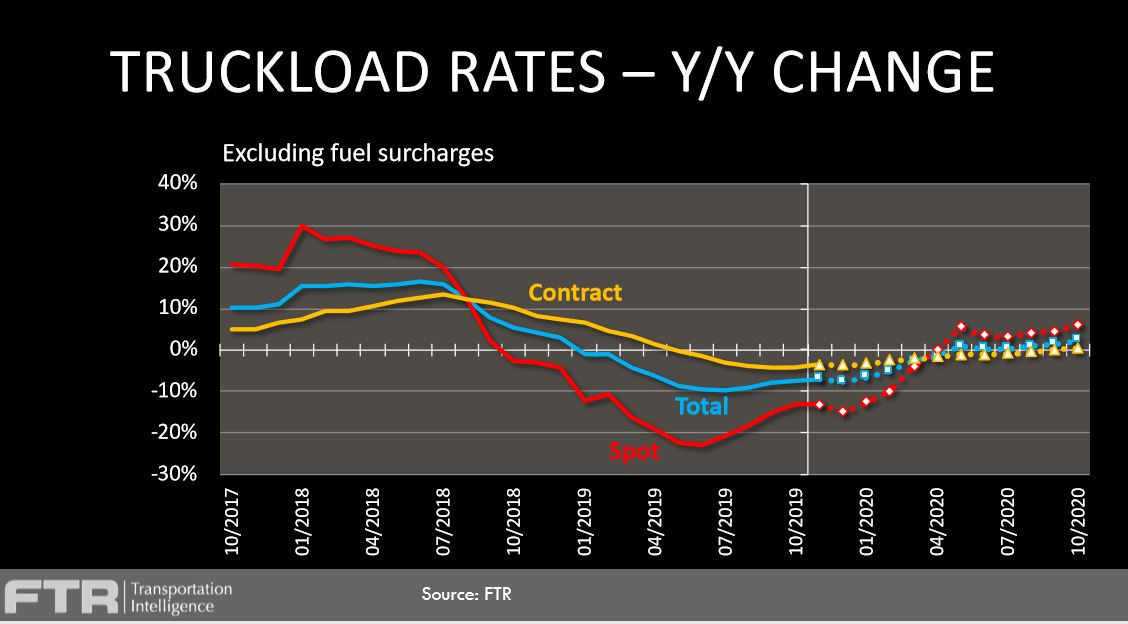 “Our latest forecast is for spot rates to hold, or perhaps rise by 1%. Contract rates probably would be a bit lower again, but probably only by 1% or so,” said Avery Vise, vice-president of trucking.

“Technically, our forecast is for an (overall) decline of 0.2%, but let us call it flat,” Vise told FTR’s first State of Freight webinar of the year Thursday. But he added that there are risks, most of them pointing in the direction of weaker freight demand. 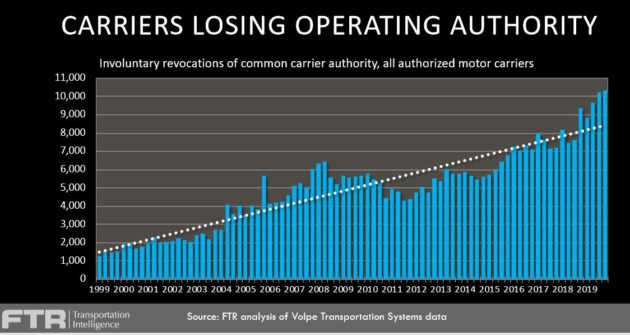 Talking of five quarters of carrier failures, Vise said they should start tapering off, but continued insurance cost increases might keep up the pressure in a soft freight market.

“The real catalyst for carrier failures was soaring insurance rates,” he said.

Referring to the U.S. Drug and Alcohol Clearinghouse, which went into effect Jan. 6, Avery said its impact on driver supply should build over time.

However, the recent increase in the random drug testing rate could accelerate the impact. As of Jan. 1, the Federal Motor Carrier Safety Administration raised the testing rate for controlled substances for commercial drivers to 50% from the current 25% of driver positions.

“The real issue to watch isn’t the Clearinghouse itself, but where things will go regarding hair testing.”

The White House Office of Management and Budget is currently reviewing a proposal for hair drug testing. Vise believes hair testing would have a big impact, significantly increasing the number of drivers on the Clearinghouse. 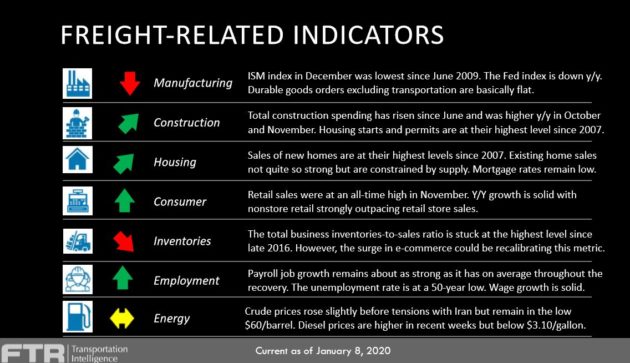 FTR also said the volatile situation in the Middle East and the continuing Sino-U.S. trade standoff could have a big influence on the freight industry this year.

“With a weak manufacturing sector and the still-unknown trade situation, a substantial slowing of job growth – or worse – could undermine the consumer spending that has kept a floor on freight volumes,” it added.

Todd Tranausky, vice-president of rail and intermodal at FTR, said the consumer is keeping the economy moving, but if fuel costs rise because of tensions in the Middle East, that would have an adverse effect.

“As diesel prices go up, it could incentivize more shippers to look at intermodal as trucking is much more exposed to diesel price,” he said.