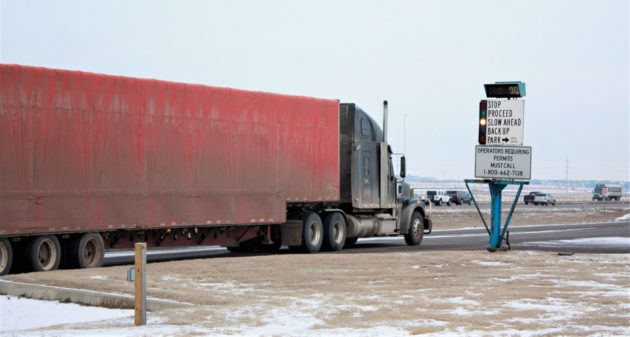 CALGARY, Alta. — Governments are rarely accused of working too fast, and when it comes to some truck safety issues in Canada’s westernmost province, it’s no exception.

Aside from B.C. being the lone province in Western Canada yet to implement a mandatory entry-level training program for incoming commercial drivers, there is another issue weighing on the mind of B.C. Trucking Association (BCTA) president and CEO Dave Earle.

“We are deeply concerned that with the number of auditors that are present in the province, that the ministry is hard-pressed to be able to meet their regulator duties,” said Earle. “It’s the lack of resources for the regulators to actually do the work they’ve been charged to do. In B.C., we have under-resourced the auditors for NSC (National Safety Code) work for decades.”

Both Manitoba and Ontario released their respective auditor general findings this past December, each identifying shortcomings in commercial vehicle enforcement programs. B.C.’s report, however, came over a year ago now, and Earle said the issues surrounding the province’s NSC audits has yet to be alleviated.

Adding to Earle’s frustration over the matter is the fact that the BCTA has seemingly been shut out of the consultation process aimed at finding a solution.

Despite numerous attempts to provide input and support, the BCTA has been relegated to the sidelines, and has been left to wait and hear from the provincial government “when they are ready to share” a plan of action, according to Earle.

Earle said B.C.’s 2018 auditor general reported pointed to a very different kind of issues than what were found in other provinces.

In Ontario, for example, the auditor general pointed to sharp declines in the number of commercial vehicle enforcement officers on the road, and the reduced number of inspections being conducted as a result.

“The MTA has been requesting change on behalf of our industry for a long time – years, even decades,” said Shaw, who hopes the findings will guide government decisions.

The report examined the adequacy of the Manitoba Department of Infrastructure’s oversight of commercial vehicle safety, including the motor carrier safety fitness program, on-road inspections, and strategic planning and performance management for the industry.

In 2017, Saskatchewan’s auditor general concluded that the Ministry of Highways and Infrastructure processes used to enforce weights and dimensions were ineffective. Part of the reason, according to Saskatchewan Trucking Association (STA) executive director Susan Ewart, was changing Commercial Vehicle Enforcement to Highway Patrol — a move that shifted some of the focus off commercial vehicles to a rural crime watch.

Earle called these “frontline” concerns as opposed to “background,” and said his main concern with B.C.’s NSC audit functions is that it brings into play the possibility that carriers with an “unsatisfactory” NSC rating are not receiving the follow-up attention they require to properly monitor their progress toward a “satisfactory” rating.

“I’m not suggesting for a moment that they need to start running around and closing doors, because all that does is create the chameleon carrier problem,” said Earle, referring to businesses that re-establish themselves under different names. “But they do need to move around and start engaging the industry. And the easiest and simplest way at the very front end is to engage us in the process of figuring out what to do with this (auditor general’s) recommendation.

According to the B.C. Ministry of Transportation and Infrastructure, the province employs 14 NSC auditors.