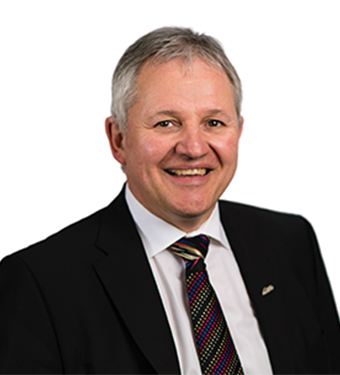 ST-ARSENE, QUE. – “We’re due for a break now,” Groupe Morneau president Andre Morneau said with a chuckle, as the holiday season approached.

In a single week just before Christmas, the fleet had announced the opening of a new terminal in Levis, Que., while its Eskimo refrigerated division acquired Ontario-based Beacon Transit Lines.

They’re undeniably new deals, but each announcement still involved seizing an opportunity that fit into broader plans for the St-Arsene, Quebec-based operation with 520 tractors and 1,100 trailers.

Plans for a new Levis terminal, for example, had actually been in the works since 2007.

“We figured that [our] Québec City terminal would meet our needs for a maximum of 15 years,” Morneau says, referring to expected growth on the South Shore. “It just happened a little sooner than we thought.”

The Levis terminal came up for grabs when Groupe Boutin decided to downsize its operations. “It perfectly fit our needs,” he adds, referring to the 15,000 sq-ft building sitting on 10 acres of land. “It’s an LTL terminal with 16 cross-docking doors and barely five-years old.”

The recent bankruptcy of Celadon, and the related closure of that fleet’s Hyndman Transport operation in Levis, also meant that a pool of potential drivers was available in the region.

Over the last decade, some reefer customers have doubled the volume of cargo they ship with LTL carriers.

Meanwhile, Morneau’s Eskimo division was enjoying strong business of its own. Some customers had doubled the volume of refrigerated cargo they ship with LTL carriers over the past decade.

“Food,” he says, “is still going to be carried around for awhile.”

Morneau isn’t looking to move all of it, of course. The fleet participates in a network of carriers such as Canada Cartage, Beacon, Midland, Day&Ross, and Connors Transfer when it comes to trucking dry and refrigerated LTL cargo.

Morneau thinks it’s counterproductive to implement a parallel distribution network to compete with another carrier when a partnership is possible and profitable for everyone involved.

“We have no interest in attempting to create business that’s already there. It only generates over supply. Nobody wins at that game and we would be slowly killing ourselves as an industry,” he says, referring to the risk of downward pressure on rates.

Still, he recognizes the opportunities for growth when he sees them — like the one that emerged when Beacon’s Allan Hume said he might be open to selling. Beacon’s LTL refrigerated operation was very similar to the one operated through Morneau’s Eskimo division. And Morneau-Eskimo was already extensively using Beacons’ Ontario network.

“What we bought first and foremost was their network,” Morneau says of the recent acquisition. “Our calculations showed it was cheaper to buy out our partner than to implement a brand new distribution network.”

Besides, the two companies share TruckMate as a transport management system (TMS), which will help integrating their respective computer platforms. Even more important for Morneau was the fact that they followed a similar approach when spec’ing reefers, allowing for a form of standardization.

“In the refrigerated business, I’ll focus more on the reefer units than on the trucks. The reefer units are really what matter most,” he says, noting how drivers and technicians alike need to be familiar with the equipment they use.

While they’re now part of Morneau’s business, Beacon’s Ontario staff and management team will stay in place. “We’re not coming here as conquerors. We don’t only buy trucks and a network. We’re also entering a relationship with a brand new, yet experienced workforce,” Morneau says.

As for the future, he continues to eye the organic growth that comes with a freight claim rate that sits below 0.5%. He believes the further integration of technology will also play a major role in customer service, including enhanced traceability and visibility of the entire cold chain thanks to new tools such as temperature sensors integrated into pallets.

“Failing in that department is not an option,” he says about cold chain integrity.

The newly acquired fleet and facility will be part of that commitment.

As the latest assets are integrated into the operation, however, the fleet president will continue to keep watching for the opportunities that could represent more for Morneau.