PHOENIX, Ariz. – Nikola says it has developed the first battery to remove binder material and current collectors, reducing costs by 50% and doubling range when compared to lithium-ion.

It has a record energy density of 1,100 watt-hours per kilogram on the material level, Nikola announced, and 500 watt-hours per kg on the production cell level. It also is less prone to nail penetration, Nikola claims.

Nikola has signed a letter of intent to acquire a battery engineering team to bring the battery to pre-production. It will announce more details and show the technology at Nikola World 2020.

The company says it will share the technology with competitive OEMs.

“Nikola is in discussions with customers for truck orders that could fill production slots for more than 10 years and propel Nikola to become the top truck manufacturer in the world in terms of revenue. Now the question is why not share it with the world?” said Milton.

The company says its trucks could now travel 800 miles fully loaded between charges, while weighing 5,000 lbs less than when using lithium-ion batteries. They can be fueled in 15 minutes. 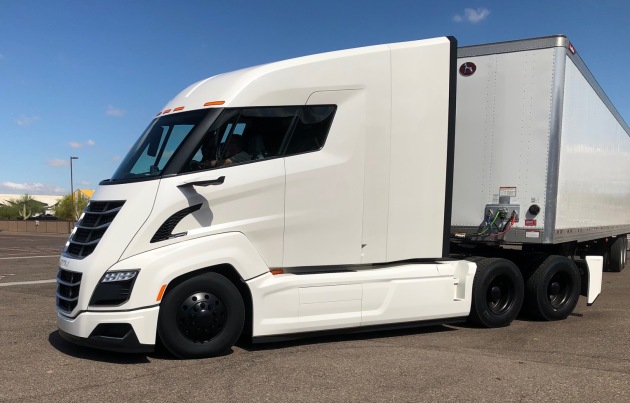 The Nikola One is demonstrated on the track.