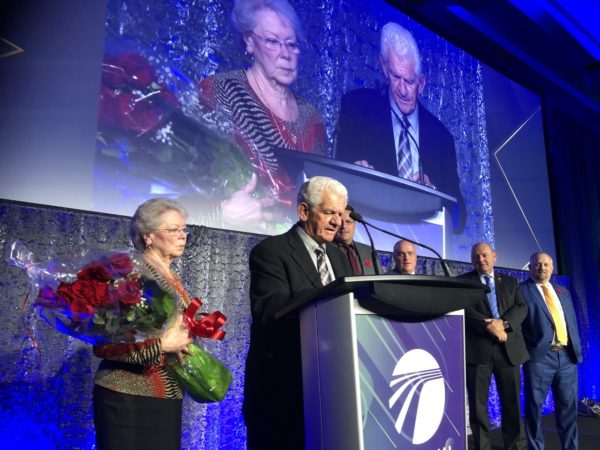 TORONTO, Ont. – The Ontario Trucking Association (OTA) has handed out its top honors to a long-time driver, a pair of heroes, and a fleet executive known for service to the industry – all part of its executive conference held on Thursday in Toronto.

The Bison drivers represent the first pair to earn the truck hero award. They both saw a minivan veer into oncoming traffic and slam head-on into a car.

Craig tried to keep the driver of the first vehicle calm and conscious in the hour before paramedics could arrive. “She was pinned,” he said. 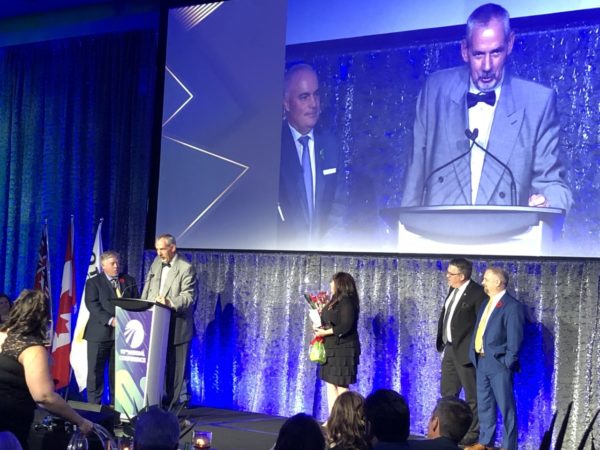 Laurie pried open a jammed door on the car to gently pull that driver free, and helped an elderly woman out of the back seat. But that woman passed away about 15 minutes later.

“There was nothing anyone could do. There was no help there yet. She just died right in front of me,” Laurie says. “I go by that spot every week, and I see the whole thing every time. You try to forget it, but…”

Hear the story about their rescue in this video.

Driver of the Year

Double D Transport president Ron Eadie says one of the biggest problems with Goold is that every customer wants the fleet’s longest-serving driver to handle their deliveries.

The 74-year-old has been on the road for 40 years, and has covered about 6.4 million km without a collision.

Goold worked on an assembly line as a teenager, but decided he wanted a “bit more adventure” and asked his brother if he could drive his truck. The brother said no, so he approached Ron Eadie’s father, Brian, who he knew through his son’s hockey team.

“He was the only person to give me an opportunity,” says Winston. “And here we are, 30 years later. It’s been great working for him and Ron.” 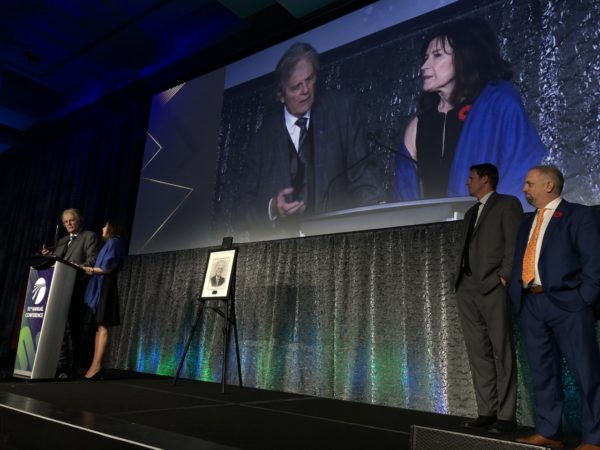 Thomson started Thomson Terminals with his wife, Sally, in 1985 – when they had a single truck. Today they have a fleet of more than 150 trucks in Etobicoke, Ont.

“He ticks a lot of the boxes of the type of carrier that you want participating in your industry,” says Scott Smith, president of JD Smith and Son and chairman of the Canadian Trucking Alliance. “I met Jim very early in my start (in the industry) and I learned quite quickly that Jim is very focused on business values and helping others.”

Thomson is a known champion for highway safety and participates in the Traffic Injury Research Foundation.

“Jim is truly one of the good guys of our industry,” said OTA president Stephen Laskowski. “Always innovative and thinking outside the box, Jim has been a thoughtful and influential advocate of many of the association’s and industry’s causes.”

Learn more about Thomson in the video found  here.