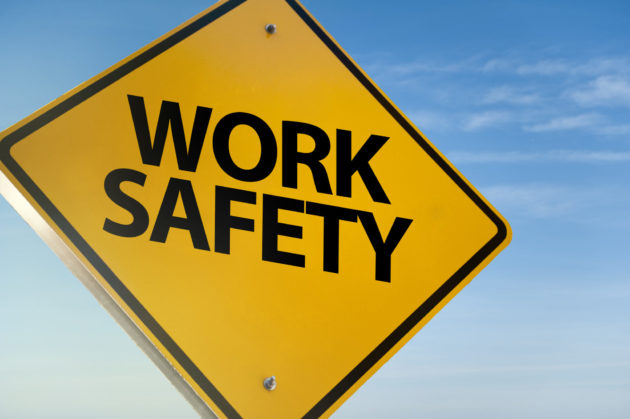 VAUGHAN, Ont. – An Ontario automotive shop has been fined $85,000 for a May 25 workplace accident that killed an employee who was replacing the damaged air spring on a dump truck.

The Ruggieri Brothers worker had connected the spring’s plastic base to the bottom mounting plate, and then attached a coupler to the air hole and connected the shop’s air compressor. The bag then exploded, sending shards of shrapnel in all directions.

The projectiles caused extensive injuries, and the worker was pronounced dead at hospital.

“Unlike the use of the nozzle, which can be backed off easily to allow air pressure release, the mechanical attachment of the compressed air to the coupler allowed the bag to be fully pressurized,” the Ontario Ministry of Labour notes in its findings. “The air compressor in the shop allowed full compression at 150 psi.”

The compressor’s gauge read 149 psi when it was examined by Ministry of Labour personnel. The maximum internal air pressure capacity for the shock absorber bag was 100 psi. The bag’s operating pressure when connected to the truck’s air supply was 80 psi.

While Ruggieri Brothers was registered with the former Ontario Ministry of Advanced Education and Skills Development’s apprenticeship program, it hadn’t been active in the program since 1991.

“Ruggieri Brothers employed the worker as a mechanic but failed to ensure that the worker was a licensed mechanic or a registered apprentice, despite principals of the company referring to him as an ‘apprentice mechanic,’” the ministry says.

Shop principals argued the worker would have been shown how to safely install an air spring, but didn’t have any documented training to support the stance. There was no related standard operating procedure in place, either.

Ruggieri Brothers pleaded guilty to failing to provide instruction and supervision to a worker contrary to section 25(2)(a) of the Occupational Health and Safety Act.