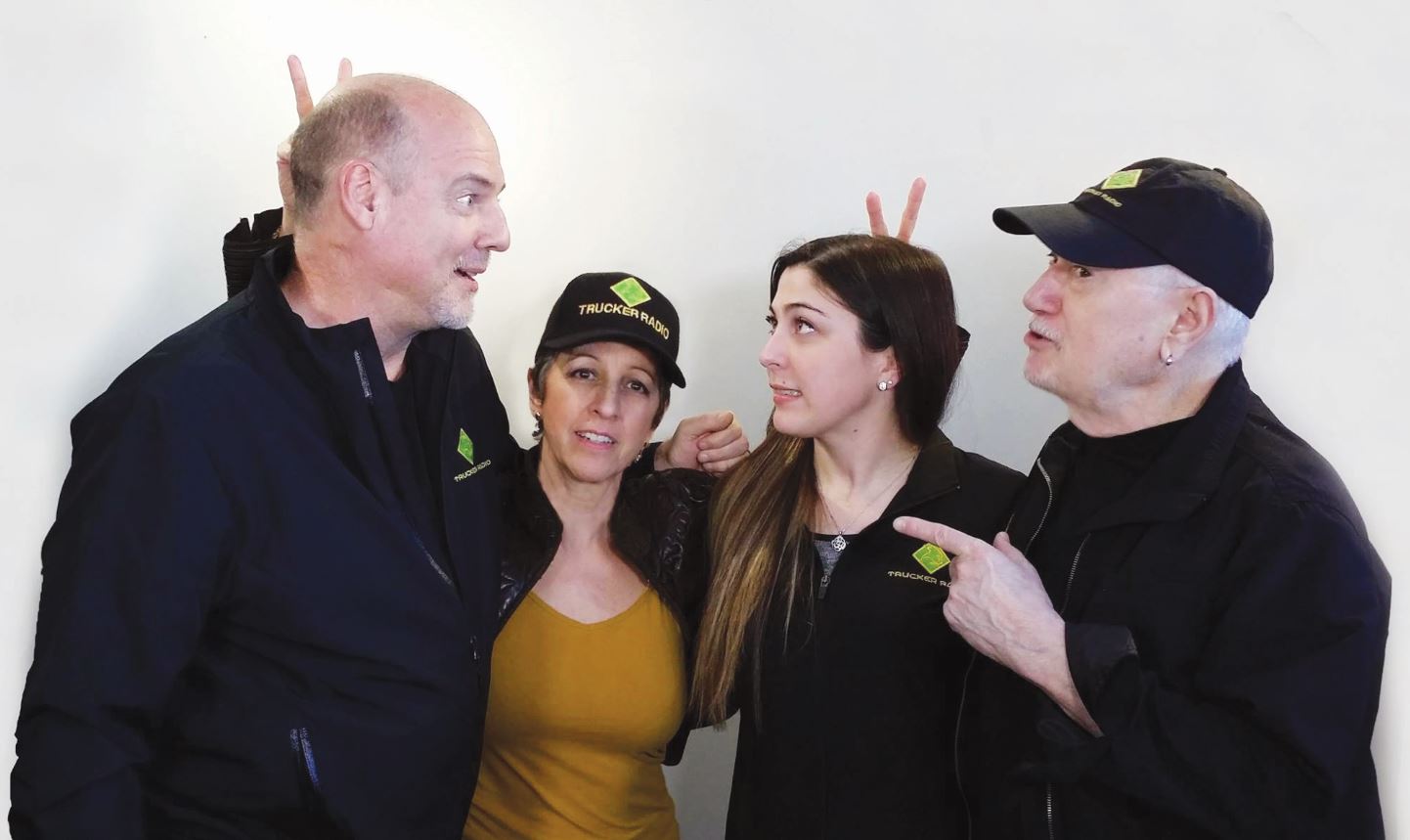 NIAGARA FALLS, Ont. — What better way to conclude this section of Truck News-West magazine than to give the “Last Word” to someone whose words are heard by thousands of truck drivers every week.

Trucker Radio has strived to be the radio voice for the industry for 14 years now, nearly eight of which under the ownership of show host Stan Campbell and “the boss,” executive producer Marta Ramirez, who is also Campbell’s wife.

And since Campbell and Ramirez claimed ownership, Western Canada has emerged as a hot spot when it comes to the show’s most ardent listeners.

But it was not always smooth sailing for the charismatic group over at Alexis Broadcasting Co.

As Campbell explained to Truck News-West, the first couple of years was not easy for the broadcasting veteran, who admits he knew little – OK, nothing – about the industry when he was asked to come on board.

“I knew nothing…zero…about the trucking industry,” said Campbell. “I knew that trucks had a bunch of wheels and that’s about it.”

Living in Montreal, Que., at the time, Campbell was asked in 2006 by a friend and former colleague if he would host a trucking talk show. He agreed, and every week, Campbell would receive a script of what to say on-air; that is until he realized the scripts were not working.

Campbell then started to do what he does best, adlibbing and adding his own content to the program. A predominately music-based show, the crew would toss in news from the trucking industry they would “steal from someplace” to fill in the gaps and fill the allotted two-hour time slot.

It wasn’t long until the show experienced financial issues, and Campbell was faced with a decision.

“We got to the point where we said either we sue, or the option was we take over the show,” he said. “Well, that’s what happened.”

After Campbell and Ramirez purchased Trucker Radio, things started to change for the better.

“That’s when I decided I needed to learn something about the trucking industry, because with the show previous to that, I knew nothing about it and had no contacts in trucking,” said Campbell. “So, we decided to give Truck News magazine a call.”

After a meeting that resulted in the two sides agreeing to cross-promote each other, the show grew, as did Campbell’s Rolodex.

“When we started that, we immediately began forming up relationships with people in the trucking industry,” he said. “The grapevine worked very fast.”

Running a business, however, takes a lot of work, and sometimes ideas that sound good at the time don’t always work out.

The show went through several reincarnations.

Initially called the Canadian Trucking News Magazine Show, it later became the Driver Show in the hopes of tapping into revenue from the entire automotive industry.

It did not work out that way, and the show became Trucker Radio, as it is known today.

Campbell also says it can be a challenge developing the kind of image he would like the show to portray, something the industry as a whole deals with as well.

“Trying to get a radio station to carry a trucking show is very difficult, and you’re dealing with program directors at radio stations who have the stereotypical old-world image of the trucking industry,” said Campbell. “They look at truckers as people who sleep under bridges and have no life, and they’re all rednecks and uneducated.”

Today, Trucker Radio is syndicated across 45 stations in Canada, the U.S., and even Europe and Australia.

There is also the Truck News Talk Show, a podcast Campbell started four years ago that targets the trucking industry and had a failed attempt on satellite radio.

“We got on there hoping we would attract some revenue from advertising. No one was interested.”

The majority of the stations that carry Trucker Radio are based in Western Canada, with Saskatoon, Sask.’s CJWW being the most popular.

Truck News-West editor Derek Clouthier has been a regular on the show since 2016.

And according to Campbell, a lot of people tune in.

And though Campbell is looking to step down from the Truck News Talk Show, he still loves hosting Trucker Radio, and takes pride in its approach and content.

“When we took over the show, I wanted it to be above-board, meaning I didn’t want a lot of whining…that southern, good ol’ boy bitching and complaining on the air,” said Campbell.

“I wanted it to sound like intelligent conversations with a little bit of humor and personality. I wanted to get away from that stereotypical image of trucking.”