OTTAWA, Ont. – The Canadian Federation of Independent Business (CFIB) has taken aim a at a carbon tax-related trucking regulation as it doles out its Paperweight Awards for the worst examples of useless and excessive regulations.

“The Paperweights highlight the best of the worst examples of red tape across the country, like the Newfoundland and Labrador rule requiring convenience stores to only accept as many empties as bottles they sell back to the customer, or the carbon tax stickers gas station owners in Ontario are forced to post on every pump that just won’t stick,” said Jordi Morgan, CFIB’s vice-president for Atlantic Canada. “We can laugh at the absurdity, but these rules are a huge waste of time, money and energy for citizens and small business owners. Most of them also have a pretty clear fix, which we’re suggesting to the governments and agencies responsible.”

Among the ‘winners’ was: “The Canada Revenue Agency’s (CRA) requirement for truckers who drive through provinces that charge the federal carbon tax, to fill out and return forms every quarter with complex math to show how much fuel was bought and used in each province.”

The organization said it is “urging CRA to provide clearer instructions written in plain language and only require a single form to simplify the process for truckers.”

For a full list of Paperweight Award winners, see www.cfib.ca/paperweight. 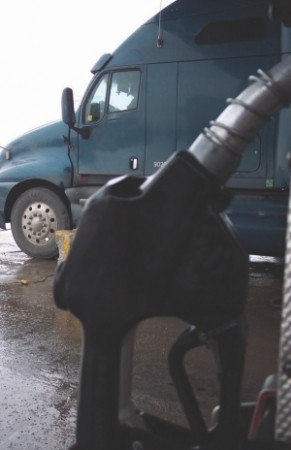