According to Guinness, the largest parade of trucks was a 416 vehicle, all female convoy in The Netherlands on November 6, 2004. But Make-a-Wish might have broken that record in 2016 when they got 590 trucks together for a Mother’s Day truck parade in Pennsylvania. The event raised money for the organization and gave rides to more than 120 Make-a-Wish children.

Now is when we say, please don’t try this at home (or on the road, or anywhere). With as large as they are, you wouldn’t think semi-trucks can fly, but fly they can! The longest ramp jump by a truck cab measured 166 feet. The Guinness World Record holder is Gregg Godfrey who completed the jump at the Evel Knievel Days Event in Montana in 2015. 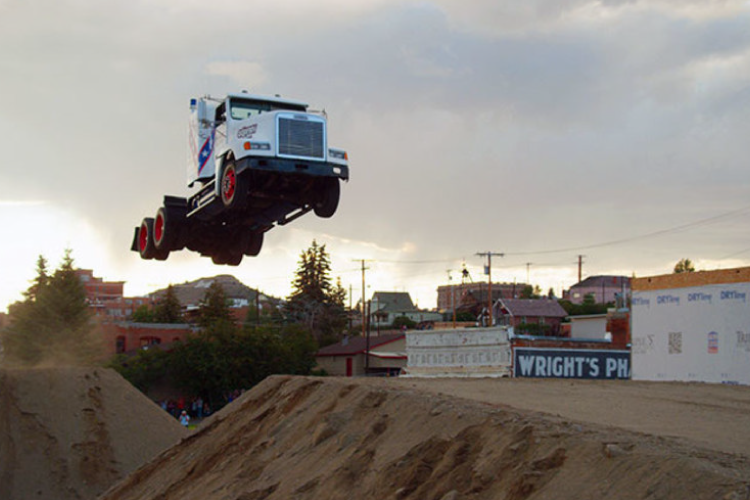 Longest Ramp Jump by a Truck and Trailer

If you thought that was impressive, consider doing a jump in a truck and trailer. Now imagine doing that over a moving vehicle! The longest truck jump record is held by EMC Enterprise who’s stunt driver took a semi-truck and trailer 83 feet and 7 inches OVER a moving Lotus Formula 1 car in the UK. The stunt was part of a campaign by Lotus F1 Team Sponsor EMC to “redefine motorsports”.

Heaviest Person to Complete a Marathon

Kelly Gneiting, a 430-pound sumo wrestler and long-haul truck driver completed the Los Angeles Marathon in under 10 hours. The three-time national sumo champion pushed himself through heavy rain to complete the marathon in hopes of inspiring others to never give up. 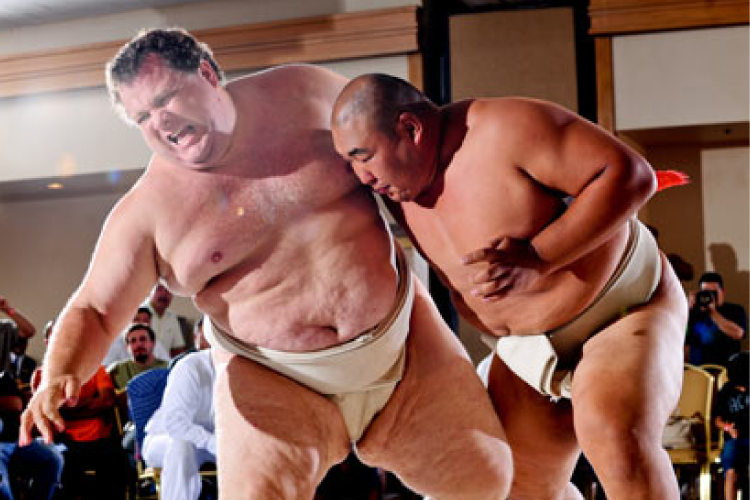 A retired truck driver from Missouri, LaVerne Tish, has collected more than 10,000 pairs of salt and pepper shakers, of which 6,971 are not duplicates. The collection, which he began in 1984, qualified him for the Guinness Book of World Records in March of 2001. His crown was challenged in 2018 by a man who claims to have over 8,000 unique sets, but Tish still holds the official record. 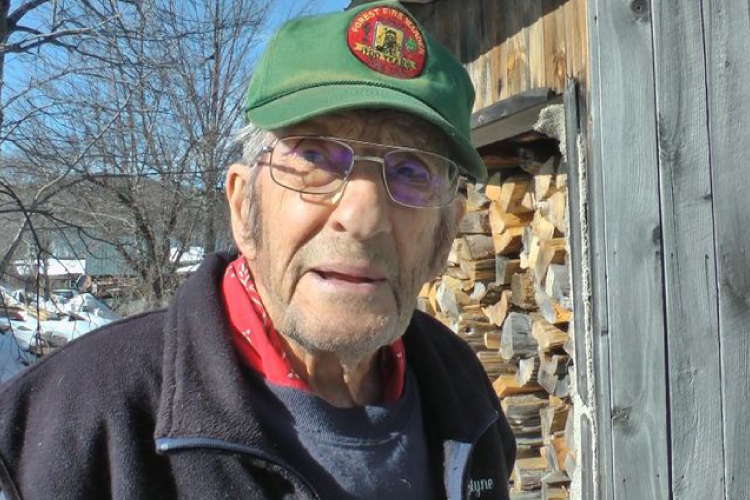 Most Miles Driven Safely in a Commercial Truck

Florida Man Drives Most Safe Miles in a Commercial Truck. William Coe, Jr., of Tallahassee, Florida was honored in 2009 for driving 3,001,276 miles safely in a commercial truck. Coe started driving trucks in February 1986 and at the time of the record, had not had a single preventable accident for 23 years.

Heaviest Vehicle Pulled over 100m by a Wheelchair Team

This takes some real power. Twenty-five players of a wheelchair basketball team set the record for Heaviest Vehicle Pulled over 100 meters, which is a little more than half a mile. The team pulled three wrecking trucks, weighing over 110,000 lbs. in July of 2013.

If you could break any world record, what would it be? Would you go up against William Coe Jr. for most miles driven safely? Or maybe you plan to take the title of Oldest Truck Driver from Floyd Van Alstyne. Or do you want to take your trailer off a ramp in honor of Evel Knievel? Let us know what you think on our Facebook or Twitter.