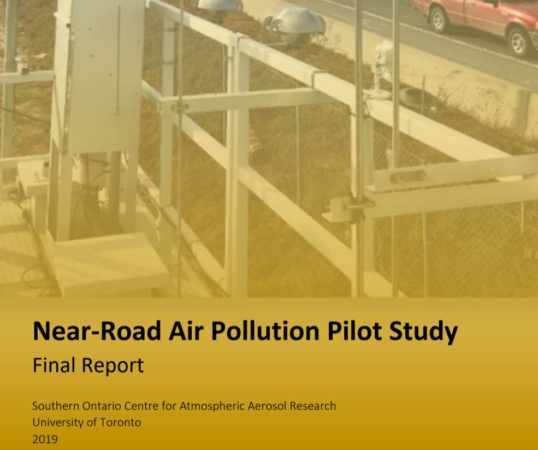 The Near-Road Air Pollution Pilot Study was conducted by the Southern Ontario Centre for Atmospheric Aerosol Research at the University of Toronto in collaboration with Environment and Climate Change Canada.

Researchers monitored six stations beside major roads in Vancouver, B.C., and Toronto, Ont., between 2015 and 2017 for the study.

“One-third of Canadians live near major roads and are thus potentially exposed to traffic emissions,” the study said.

Emissions from trucks represent the major source of key pollutants such as nitrogen oxides and black carbon, it added.

“Data for these pollutants indicate that excessive exposure to diesel exhaust can occur near roads with a significant proportion of truck traffic.”

It also noted that nitrogen oxide concentrations are higher on cold winter days, suggesting that the emission control systems for diesel vehicles may not perform well at low temperatures.

The study found that air pollutants associated with vehicles, diesel vehicles in particular, were higher beside roads.

“Heavy truck traffic produced pollutant concentrations beside a major road that were similar to those beside the busiest stretch of highway in North America, despite being lower in car traffic by a factor of 10,” the report said.

It said emission factors were calculated based on measurements over approximately 400 days, consolidating the emissions from 200 million vehicles.

“These emission factors allowed direct comparisons across the three near-road sites (monitored) in terms of the amount of pollutant emitted per kilogram of fuel used by vehicles.”

The study noted that the variability at and across the sites depended more on the proportion of large trucks in the fleet than the total traffic volume.

“Emission factors for over 100,000 individual vehicle plumes also showed that a small portion of the trucks and cars were responsible for the majority of emissions.”

The report added that policies and programs implemented to remove this small fraction of highest-emitting vehicles from populated areas could yield large benefits.

The publication of the report coincided with a move by the Ontario government to take tougher actions against those who tamper with the emission control systems on trucks.

Under a proposal unveiled this week, the government would enforce stricter rules, starting 2021.

Combined safety and emissions inspections would be required annually, starting when a vehicle is first registered in Ontario. Part of the inspection will require a physical and electronic emissions system-tampering test.

Truckers have long complained about the problem-plagued emissions aftertreatment systems (ATS), which are mandatory on all new rigs.

They say qualified ATS technicians are few and far between, and owners are forced to tow their trucks to dealerships to fix minor problems on the supersensitive ATS sensors.

Industry lobbying groups have been calling for a crackdown on service providers who offer to remove the emission control systems and reprogram the engine to make it more “fuel efficient.”

In 2014, about 23% greenhouse gas emissions in Canada came from the transportation sector, and heavy-duty vehicles accounted for about 8% of total GHG emissions.